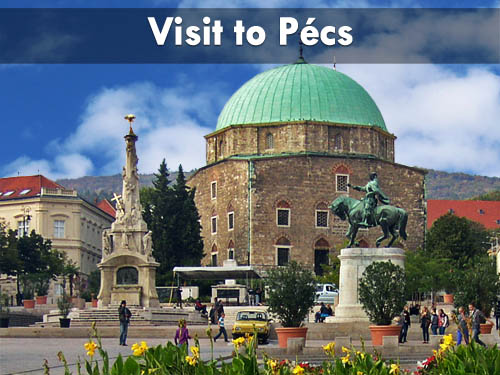 Pécs, one of the five largest cities of Hungary, is situated in the Mecsek mountains, in the southwest of the country, 200 kms from the capital and close to the border with Croatia. The main city of this region was occupied by the Romans. In Roman times it was called Sopianae. It has the fifth oldest university in Europe (1367), the University of Pécs. The city has the best examples of Ottoman art in Hungary, built during the Turkish occupation ( 1543-1686 ). Places of tourist interest include the Cathedral, the Mosque of Gazi Kasim Pasha, the visitor center and Cella Septichora, the Zsolnay Museum or the Csontváry Museum.